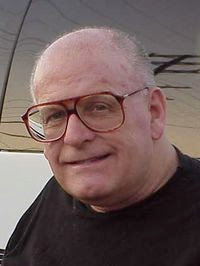 To a lot of people in fandom out there, November 12th, 2018 will be a day of remembrance for the biggest icon of nerd fandom, Stan Lee. But here at the Anime of Yesteryear, we will pay tribute to another great member of fandom who passed away the same day, notably in anime fandom. Fred Patten (or as i'd like to call Fred "Old Man" Patten) is one of the most influential figures of anime fandom, who has spent almost 50 years studying and writing about anime and has published numerous articles about anime over the years. A figure in one of the earliest anime publishing companies in the states, Streamline Pictures, where he had a part in getting known name anime in the states that has become almost mainstream to this day. Patten has written dozens of of material on anime, which his Watching Anime, Reading Manga: 25 Years of Essays and Reviews is an excellent source of information regarding how fandom for anime got started. Patten is also a very known figure in furry fandom throughout his years, which both anime and furry fandom's can both equally share the grief in his passing, despite not seeing eye to eye on anything else in each of their fandom's. So a heartfelt salute to you Fred, because Stan Lee can screw off for all I care!

Here's the real reason for this post. I've known a number of people that would like to see Fred's articles from Newtype USA to be published online, and I decided to dig out all the issues I own that Fred has written for and put them in one big zip file. Each folder will have the cover of the issue, and the scanned articles that are included in that issue. I have about 19 issues in total that has something from Fred in them, and they range on historical landmarks in anime fandom, Japanese releases, and of course his opinion on certain topics that give good backstory to what fandom was like in his time. I'm sure I have more articles written by him in Animerica issues, but those are in storage at the moment, and I only got time to go through these Newtype issues for right now. So if you want to see what he wrote for Newtype USA, have at it! That's what this blog is for!

Patten is someone I would have loved to have met someday, but I figured for a few years his time was limited. If Bud Light ever had to do a Real Men of Genius ad in honor of Fred Patten, it would talk about how the community will salute you on your accomplishments on making sure the protection of Carl Macek was achieved by smiting off subtitling fanboys down an convention ally who are armed to the teeth with foam LARP weapons and 4 day con funk emitting from their bodies (GO AND TAKE A BATH!) But aside from making that into an actual bad ass commercial in my mind, there isn't enough praise to go to a man like Fred.