So... its been a while since I showed any kind of magazines of anime's past on them hasn't it. Well, dry your tears because I do have something to show for in my absence. I was able to get this at Foundation's Edge in Raleigh when I was up there for Animazement, and I picked this up for 2 reasons. Number 1, its another AniMag issue but more importantly, it has SPT Layzner on (and in) it.

Now my current anime I am getting into for the past couple of months (other than doing the Fist of the North Star TV Vol. 1 DVD I got at the con) is Blue Comet SPT Layzner.To go into detail, this is an anime series that aired around the time of Zeta Gundam/ ZZ Gundam and was another mech show Sunrise wanted to cash in on, but wasn't that successful to say, especially coming from Votoms creator Ryouske Takahashi (Votoms is another mech series I'm gradually getting into as well). It's rather sad to say that this didn't do well on air in Japan and was trimmed down in episodes (same with the original Mobile Suit Gundam series) due to poor ratings. But, the premiss of the show is really good. To sum up IMO, It's like watching that Space Camp movie only its has half human/aliens and mechs in it. It also works the opposite of Total Recall, because the gang needs to "GET THEIR ASS" off of Mars to save the human race. I'm very curious how this series will turn out, and you can catch the episodes over at /m/ subs since they care enough to get this series out!!

So, now with that mini review out of the way, lets see some good 'ol anime mags and ads shall we: 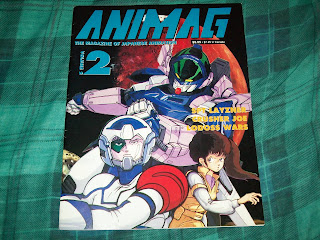 I'm gonna say that this is fan art for the magazine cover. And I'm also gonna say, its really well done. With a cover like that, you gotta wonder whats beyond this 80's mech collage, lets dive in a bit further... 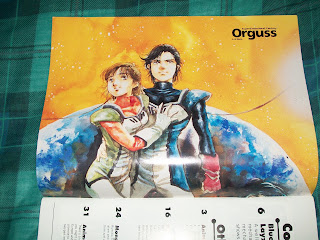 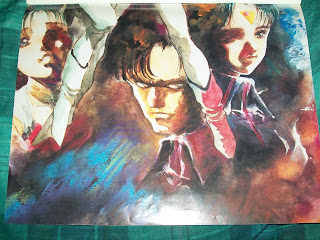 Here we have a Orguss cover poster (that is tied to the magazine cover, I dont know why) where we see the artistic greatness of Haruhiko Mikimoto characters. This is starting to look pretty promising, I wonder whats next? 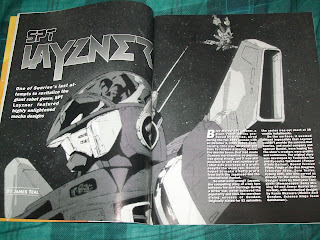 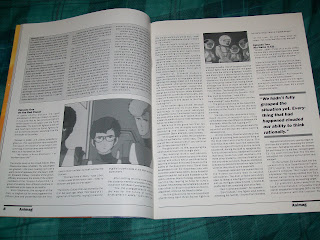 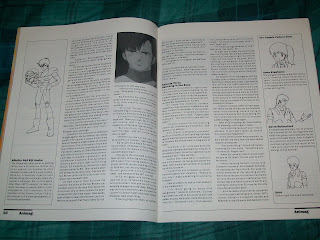 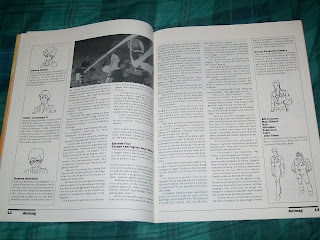 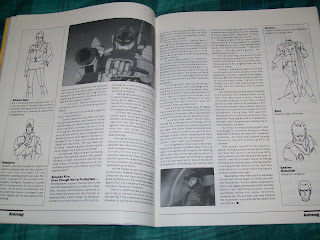 We get to the SPT Layzner review, full of info about the show, episode descriptions and character descriptions. From what I read on the episode descriptions compared to what ( I remember) about the episodes, I am pretty sure there head on in what happens. But to think, here we have episode synopsis of a series that has never made it to the states (so far). Most magazines these days just discuss what anime we used to have licensed or a brief description of another harem show in japan like the other 123456790000 just like it. What happened to the people who would waste a weekend slaving over watching raw episodes or OVA's and doing a translation of it (to the best of their abilities) to give to the fans who may (never) one day see that series or that OVA. Well we do have that, and that is called Bittorrent... and piracy... and Amazon Japan.


What else do we have? 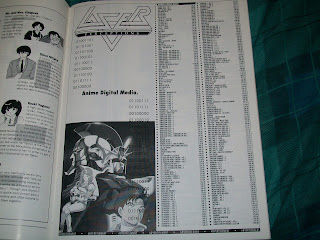 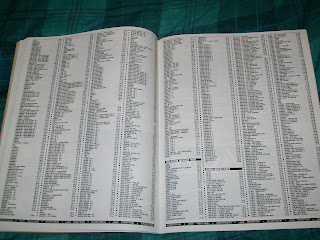 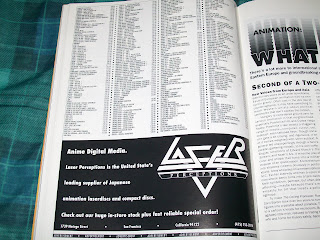 Wow, if you really look at these prices, weren't you glad you didn't have any money to get this on a better quality than VHS and pay either about the same or less? So you kids who think anime is to expensive, here is your proof what hard working anime fans paid for laserdisc in 1992. I do laugh at the notion that I gotta wonder who paid 120 bucks for Crystal Triangle on laserdisc? I mean, I would barf in my mouth if I had to pay 2 bucks for it on VHS at some flea market (which... I would, even though its my personal "worst anime ever"). And, good luck putting in " Bubblegum Crush! Soldier Blue" and "Bubblegum Crsah! Masquerade 2034" on the ebay search list for those CD's... heh.

Well, what else do we have, lets dig deeper!! 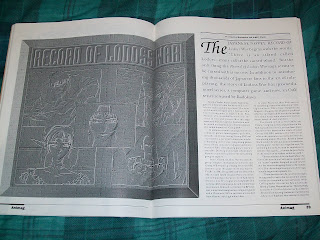 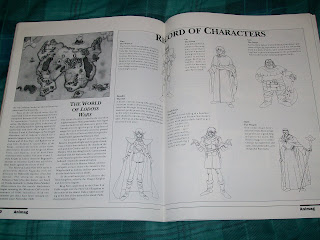 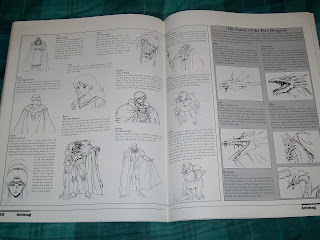 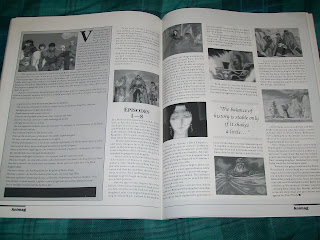 There is even a nice review of Record of Lodoss War OVA. There is even the back story to the OVA, which turns out this grand series is an animated Fanfiction / Dungeons & Dragons / Fantasy novel. We even get episode/character reviews too, because it wouldn't be AniMag without them.

Is there anything else? 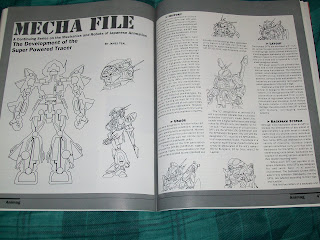 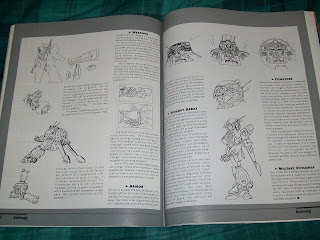 No mech series is complete without synopsis of the mechs in the show about mechs. Here we have out details about the SPT Layzner and the general mechs in the series, pretty cool stuff.

And no magazine would be complete, without some ads: 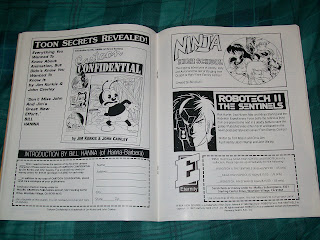 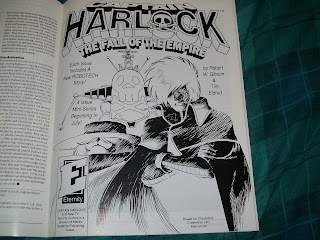 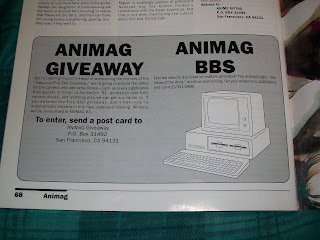 It sure takes you back when you can get on your granddad's old dusty Mac 1.0 to go on BBS sites and get anime information. And we have comic ads by Tim Eldred in them, and whatever "fake" anime comics they made in the early 90's by Eternity comics (I so have a few in my collection, so don't go hating to much now).

And I found this little jem too: 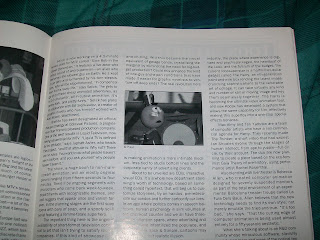 Well, I think that about covers this post kiddies. Ill try and get some more stuff out in later times, because believe me, there is plenty to go around. And this is one of the many AniMag post I will be doing as long as I can get my hands on them from time to time. So for all you nerds I have this to part with you, Its Hip=2b(2)!!!...
Posted by Dustin Kopplin at Friday, June 24, 2011