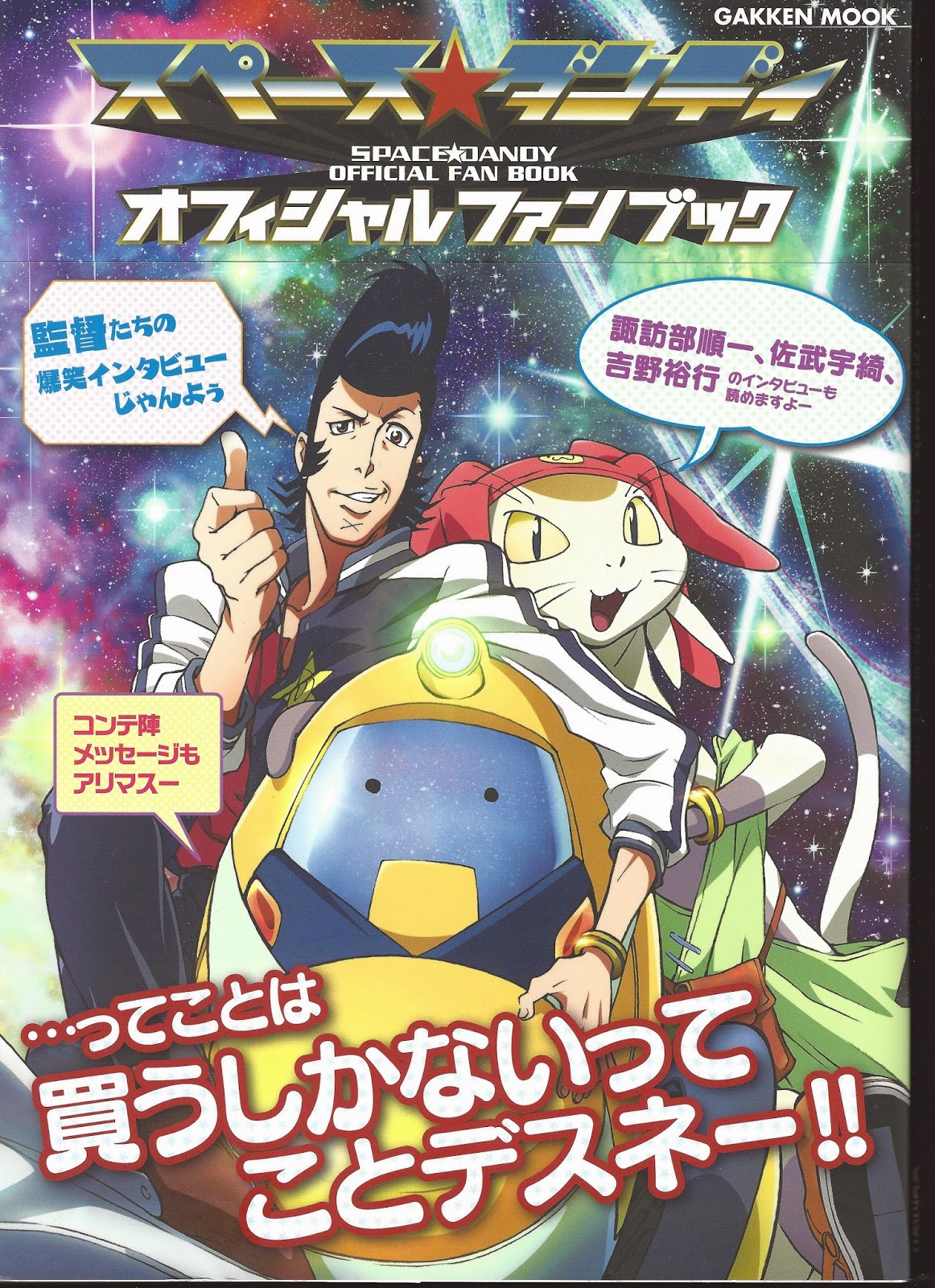 Guys, I am so ready to make this a hell of a fun club... IN SPAAAAAACE!!

I am actually surprised that I want to release something in less than the 4 month time gaps I have been doing for a while now, and I figured this would be a great opportunity to bring today's entry to the internet table. So, as of September 28th 2014, on the 12:30 am timeslot for Toonami on Adult Swim, we say goodbye to a unique and awesomely weird-as-hell-and-fun-as-hell show called Space Dandy. I don't believe something like Space Dandy will be around anytime soon, for many many years. This was a show that so many people who have been working in the industry threw in their hats and talent into it to make really, whatever they wanted too (if you wanna lowdown on who worked on who, Ben from Anipages has been doing episode by episode synopsis of the series since day one). But, being the fan of the show that I have been by watching it every week in the states, I wont leave you guys high and dry.

I know in my last post, I mentioned how one of the unique buys I got when I went to Japan was the Go Nagai book. I also failed to mention (for a good cause, because I wanted it to be a surprise), that I went to an anime store a few blocks from that bookstore and they had hardly any Space Dandy merch on the table. But, much to my dismay, they did have the Space Dandy Official Fan Book for sale, and in limited quantities. So I snagged up one for me and my podcast co-host Jonn as a nice little gift, before some ultra otaku that would knock a gaijin like me to the floor using some Hatsume Miku figure as a blunt object in order to get a copy before I could lay a hand on it. Well, lets be honest, that last part would probably never happen.

So, I have been waiting to post up this book for the fans of Space Dandy for a while, because I am really not sure how many are out there in the world. I think you guys know how this works, as I have the book all on a .rar file for you to download and view on whatever devices you have at your leisure. This all contains line art, storyboards, interviews with the staff and a whole lot more. So, just hit the Download .rar file here link below and your all set. I think the next post will come out around Christmas... yea, thats a good assumption. Until then, keep being dandy in your space baby!