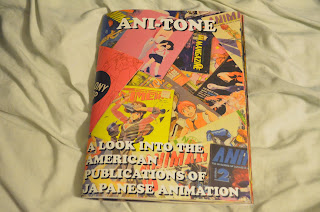 So, this was an assignment for my Graphic Design class to make a photo journal during the semester to show images to the viewer of whatever message you want to tell. I was in a classroom full of people (majority of them were prissy college girls) who took photos of what it seemed to be the same thing over and over and over again. I decided to be the odd ball and go for the nerd approach to make my photo journal about my hobby of collecting anime magazines, especially ones from this site. The results were as expected,  hardly no one really cared, except for 2 or 3 people who were nerds like I was who gave me praise on my work and what I took photos of. I'd rather have that kind of reaction than taking photos of something I do not give two craps about because it would look the same as everyone else's stuff (which was rustic signs, neon signs, and more and more signs).

But fret not, because like the usual fashion, I have photos of what the final outcome of the book came too be. It's not all the images of the magazine, because I am nice enough to compile all of them into a .zip file for you guys to download at the end of this paragraph. Think of it as a nice (and super cheap) Christmas gift for you to look at on your own time. 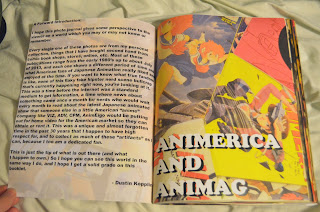 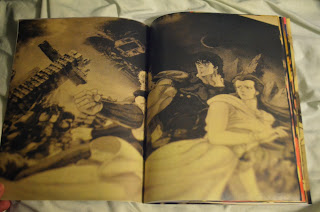 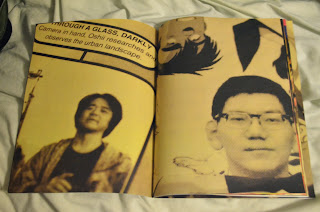 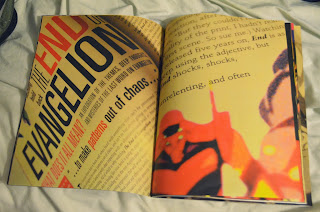 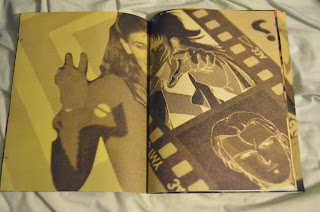 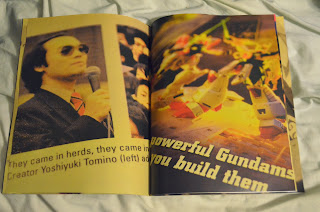 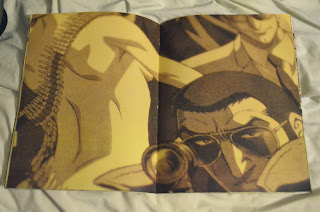 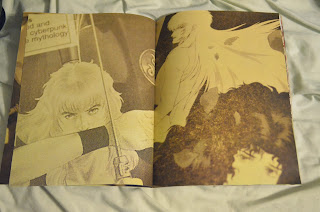 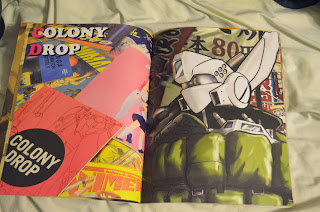 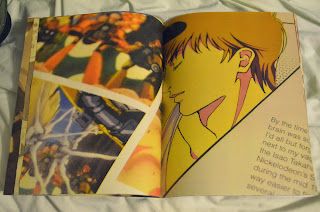 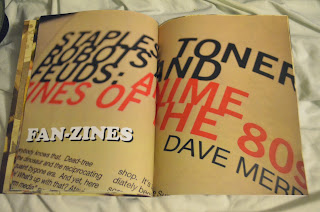 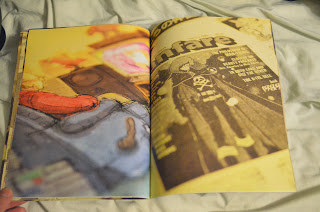 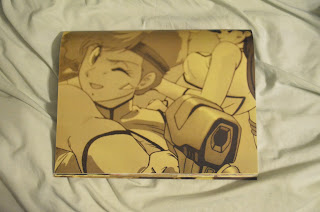 And there you go, so I hope you guys enjoy my labor of love (which really wasn't that bad to make). I plan on posting up another magazine piece in the next couple of weeks (or at the start of the new year) so stay tuned for that. I didn't mean for a 3 month absence of nothing being posted on this site, but my semester at school, podcasting and other things in life kinda were in the way. If you look on the side bar of the site i have a direct link for The Anime of Yesteryear Podcast site for you guys to click and listen in. If I don't post anything by Christmas, Ill see you guys in the New Year. So I will leave you guys to watch out for the cops!

P.S: I also noticed while working on this project that I never did an Evidence #5 post, I just skipped from 4 to 6. So.... Ill have to do something about that one day, who knows.
Posted by Dustin Kopplin at Monday, December 16, 2013